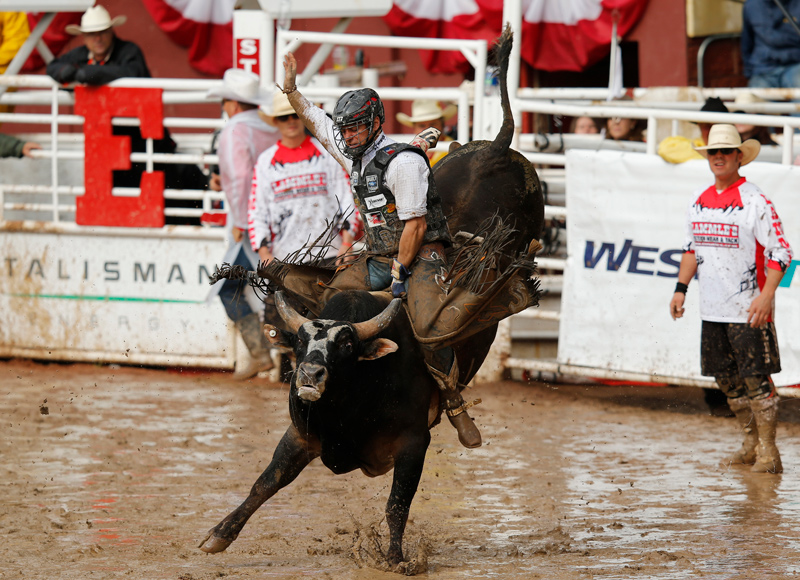 “Beau Schueth and I were talking about the fact that we don’t mind coming up here,” said Rutkowski, the reigning Bullfighters Only world champion who won the BFO event this weekend in conjunction with the Professional Bull Riders Moose Jaw Powered by Young’s Equipment at Mosaic Place in Moose Jaw.

“We just want to make sure everyone else stays home.”

He laughed, but Rutkowski has done quite well in Canada. He won the title at the Chad Besplug Invitational in Claresholm, Alberta, earlier this year, then padded his wins north of the border with an 85-point bout with a bull named Mad Bandana.

Scott Schiffner of Strathmore, Alberta, won the bull riding title with his 86.5-point ride on Friday night. No scores during Saturday’s second day of competition were able to surpass that earned by the two-time Canadian champion. 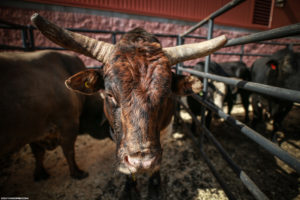 “It was a cool event,” Rutkowski said. “I didn’t know what to expect, but I bet there were almost 4,000 people there. Once they hit the music to the bullfights, the crowd reacted instantly.

“These bullfights are awesome. When you’re in the arena, you can sure feed off the crowd.”

It was an interesting couple of days for the west Texas man. He competed at a Bullfighters Only event Friday in Decatur, Texas, which is 40 miles northwest of Fort Worth, Texas. He and Schueth then spent most of Saturday traveling. They landed in Regina, Saskatchewan, at 4 p.m. and arrived at their hotel in Moose Jaw an hour later.

After a little down time, they headed off to the arena to compete in their second freestyle bullfight in less than 24 hours.

“I’d never seen that bull before, but he had one up horn and one down horn,” Rutkowski said. “He was a sweetheart. There were four guys entered, and I was the fourth guy out.”

As the bull rushed out of the chute, the bullfighter crossed the animal up with a fake, and the bull quickly spun back around and faced Rutkowski.

“Once he swapped ends, I felt like he would be pretty good,” he said. “I was pretty wore out from getting beat up the night before and a long day of flights. I was able keep my legs up underneath me through the end.”

Rutkowski didn’t fare nearly as well in Decatur as he did in Moose Jaw, but he knows that’s just part of what it means to be a bullfighter.

“That’s what I love about bullfighting,” he said. “One minute you’re on top of the world, and the next you’re underneath the bull. I’ve had a few rough goes, but it’s good to get a win underneath my belt. I’m going to take about a month to get healed up, but then I’ll be back at it again.”