The Bulls are Back, Teepee Creek 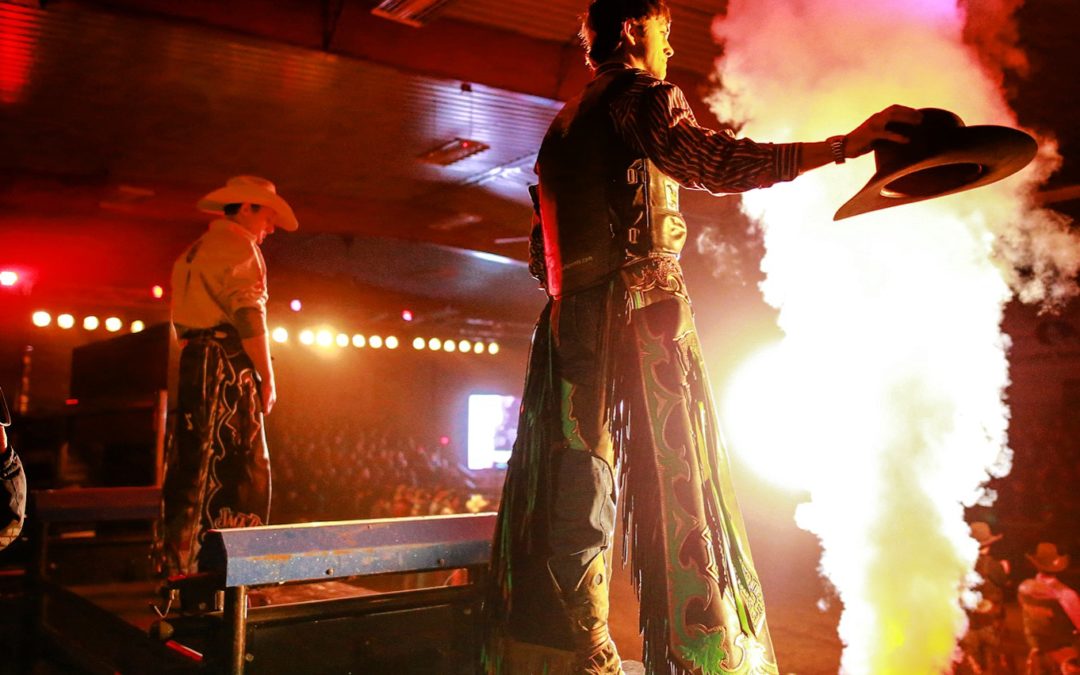 The Teepee Creek PBR Classic Presented by Lyons Production Services begins at 7:00pm and is stop No.2 on the 2018 Alpha Bull Inc. Tour.

“They do such a good job hosting a professional rodeo that I was interested to work with them,” said Chad Besplug of Alpha Bull Inc. “We put it together and our first year was a hit. I think it was a huge success as we had to turn people away at the door. We sold it out and you can’t ask for much more in the first year.”

After the bull riding, TJ Ruckus rocks the house until the wee hours of the morning.

“The fans that jammed into that arena were exactly what we are always looking for,” Besplug went on. “They were there in search of a good time and they weren’t afraid to get loud.”

“As far as visuals, it was one of the coolest shows we have put together so far,” Besplug said of the inaugural event in Teepee Creek. “Our intelligent lighting really gelled and it felt like a rock show in there. Being in a smaller venue, there was an intimate feeling for the fans to experience.”

With a different look, the aim is to please as many fans possible.

“We want the arena floor to feel like the stage at a concert. Dark audience with lights on the floor,” Besplug said. “It’s about the action and trying to put all of the attention on the athletes with loud music and that party atmosphere around it.

“I know last year that crowd was really into it. They were into it and that helped make the show so much better.”

“Similar to in Seattle where the Seahawks play, the crowd plays such a factor in their games. They are so loud in there. The crowd is really like having an extra player on the field,” Besplug said. “When we can get that enthusiasm at our events, it seems to make guys ride better.”

“We are wanting to hold on to the traditional aspects of the sport but give them a twist,” Besplug said.

It’s not only about new fans, but life-long fans as well.

“We really want our hardcore rodeo and bull riding fans to be there and be entertained and be satisfied with the level of competition they get. In addition, we want the people that have maybe never been to a bull riding event or a rodeo to feel comfortable while they are there.

“We want them to think: ‘Wow, this is not what I was expecting. This is something new.”