Claresholm to be Part of PRCA 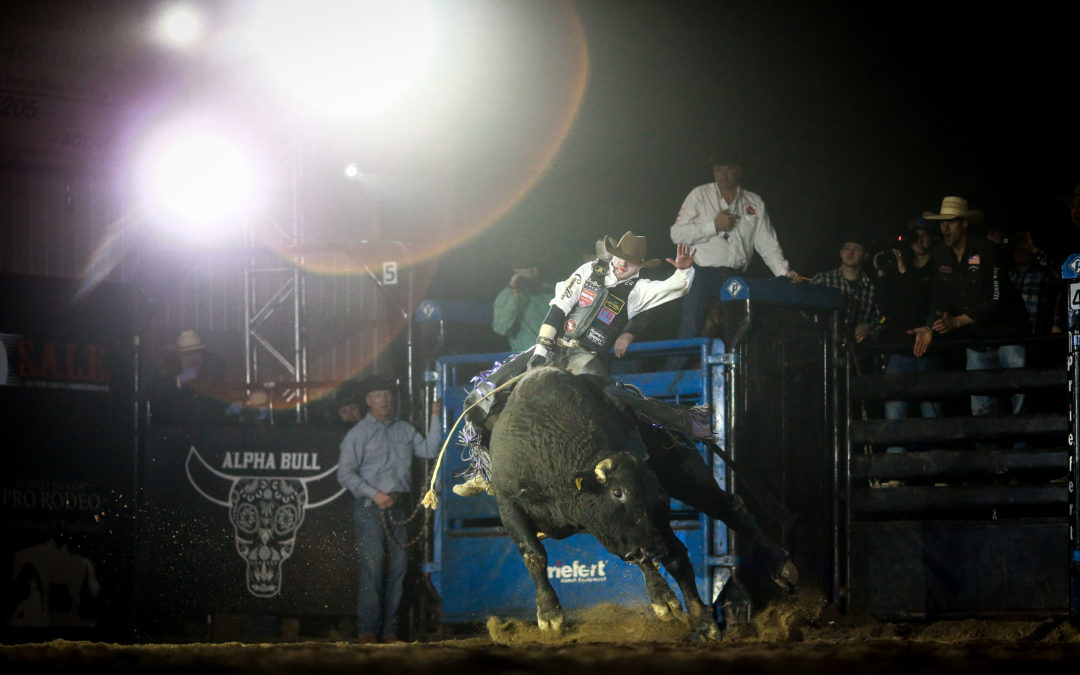 CLARESHOLM, Alberta – In its first four years of existence, the Chad Besplug Invitational presented by Century 21 has been a marquee event among many Canadian bull riders.

Year 5 will bring more attention from beyond the United States border with a renewed vigor and the anticipation of the best ProRodeo has to offer.

The toughest guys will come from all over because they can earn points for both the Canadian Finals Rodeo and the National Finals Rodeo.

“It really helps out the guys that are trying to make the NFR out of Canada,” said Garrett Green, a CFR qualifier from Meeting Creek, Alberta. “It allows you to double up, kill two birds with one stone because it counts for both.

“That helps everybody. We had an influx of bull riders come up from the U.S. last year. It’s good to have them up here. It elevates the competition.”

That’s a major drawing card for fans who flock to the 7 p.m. Feb. 24 show at the Claresholm Agriplex. But that’s not the only attractive piece of the puzzle. For the second straight year, the Chad Besplug Invitational also will feature three of the top men from Bullfighters Only (BFO) to compete in a freestyle bullfighting competition.

Like bull riding, scores are based on a 100-point scale, with 50 points going for the aggressiveness and agility of the bulls and 50 points for how close the bullfighter is to the animals while showcasing their own athleticism in the process.

“With the BFO, these bulls are as advertised,” said Justin Josey, a Las Vegas Championship qualifier from Apache, Okla. “They are hot, and they are all there.”

Josey knows, and he’s expected to be part of the BFO competition.

“I’m excited to be going to Canada and be part of the show,” he said. “This will be my first time to Canada, so I’ll take it for the opportunity it is and see what’s going on up there.”

The action promises to be wild, exciting and dangerous. Those are the fuels that burn the fires of both bull riding and freestyle bullfighting. Green has been riding bulls for a decade, and he finished among the top 10 in both the CPRA and PBR Canada last year. He’s also done quite well in Claresholm.

“I was third there twice, and I won it last year,” Green said. “Claresholm is a really good event. Chad’s events are really cool. Alpha Bull is leading the way on how events should be put on.”