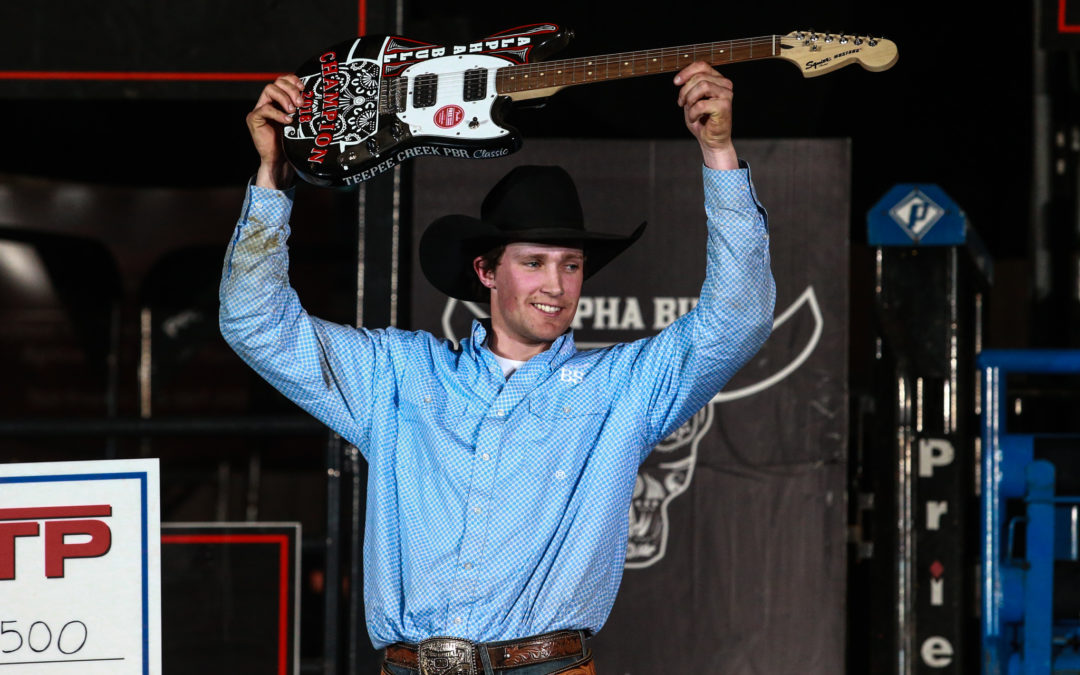 On Saturday night, he rode two bulls for a cumulative score of 171 to win the Teepee Creek PBR Classic presented by Lyons Production Services at the AG Events Center to win big money. It wasn’t a bad way to introduce himself.

“This is a really big win,” said Parsonage of Maple Creek, Saskatchewan. “I’ve had some injuries that have slowed me down the last couple of years. I had a good fall, and right now, I’m having a good winter and start to the spring. I feel like I’m riding good.”

He proved it in Teepee Creek. He matched moves with Girletz Rodeo Stock’s Ray’s Last Jump for 84 points in the first round, then rode Outlaw Buckers’ Anika’s Pet to win the championship. With it, he pocketed a $3,500 bonus from Lyons Production Services, then added more to the bank account from the event.

“I feel like if you can just stay on in bull riding, you’re probably going to get paid. I’m a taller guy, so I just go in with the mentality that if you ride them all, you’re going to win in the long run.”

He definitely made it happen Saturday. If he can continue to make it happen, Parsonage has a chance to reach some pretty lofty goals.

“I’d say the biggest thing I want to do is win the Canadian bull riding title,” he said. “I ride in the PBR, so making the PBR World Finals would be a big deal. I also love to rodeo, so it would be awesome to go to the National Finals Rodeo.”

If what happened in Teepee Creek is any example, there’s no reason to question the other images he dreams about when it comes to bull riding.