BLEW OFF THE ROOF AT CBI 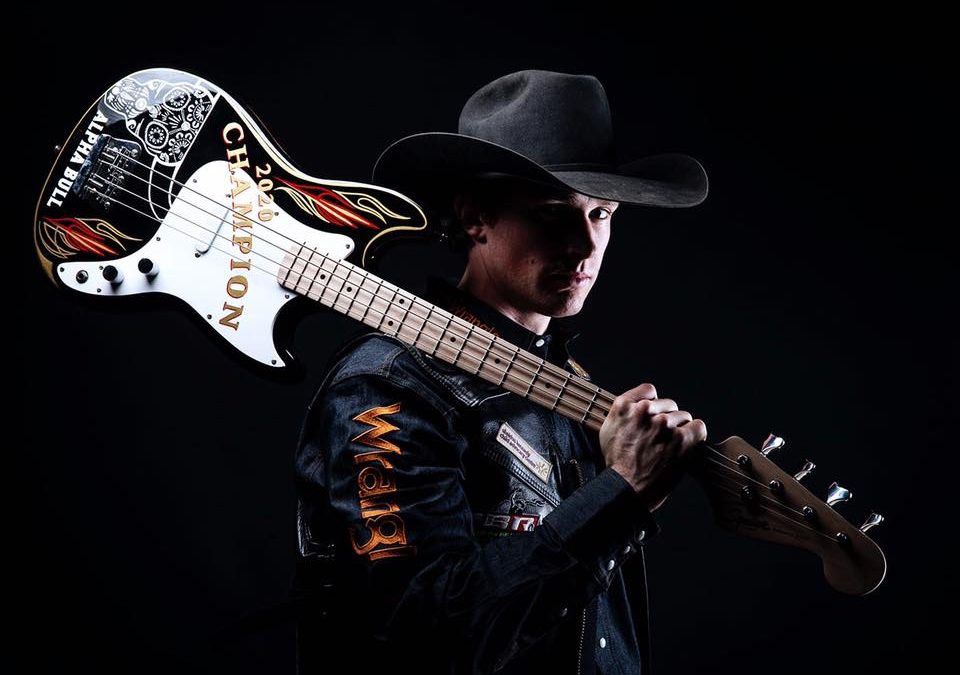 Sold out crowds, 30 bull riders and a bad ass new set up made for an explosive success Saturday Night in Claresholm, Alberta at the 7th Annual Chad Besplug Invitiational. Local superstar Brock Radford, ranked 5th in PBR Canada Standings & 39 in the World Standings, exclaimed that the new set up is “bad ass” and safer for bull riders with having the two out gates. That new set up led to an evening of epic rides including Micheal Ostashek (26yr old from Edson, AB) on Wild Hogs Bull SHOCK ROCK scoring 84 and Kyle Brown on Sawyer Pro Rodeo bull GONZO for 83.5.

Right in the middle of all the madness, a first timer to the big league was Quinten Taylor, 18yr old from Parkland, AB, who had a tough draw on a bull that has never been riden, JAYDED from Vold Rodeo.  Q ended up with the BO but he really showcased the power of the stock that is at these events and Q will be making his mark this year as a rookie. Not that long ago Lonnie was a rookie and it was great to see Lonnie West back and looking strong as ever since his shoulder injury in late 2019. West made it look easy when he covered SOUTHERN TRESPASS from Outlaw Buckers for a 82.5 and even after a rough landing he bounced up to celebrate his first professional ride for the 2020 season. A great follow up to his big performance in Texas at the Global Cup, Jordan Hansen made a sticky ride on BB WHATS HIS NAME for 82.5. But his twist dismount scored a perfect 100! Check out ALPHA BULL Inc Instagram post to showcase all the great rides from Saturday, including Hansen’s.

Coming off the excitement of representing Canada at the Global Cup, Jared Parsonage raised the coveted ALPHA BULL guitar above his head after covering Outlaw Buckers OLS Tubs ANIKA’S PET, for 85.5; to be Chad Besplug Invitational 2020’s Champion. As you can see in this video Parsonage is excited about the tone his season is taking now with this big win under his belt.

Bull-riders and spectators collectively loved the new set up in Claresholm. Chad Besplug, President of ALPHA BULL INC and creator of the Chad Besplug Invitational said he has been working on this creation all year and it exceeded expectations. Not a bad seat in the house and lots of room for all the production and the bull riders. Chad made it clear that this event could not happen without his CBI Committee, local sponsors and the fantastic fans.